"We're seeing the arrival of conversational robots that can walk in our world. It's a golden age of invention." ~  David Hanson

Ms. Elias has been invited to a VIP Invite Only Fun Evening Event to meet Sophia,
​ World’s First Citizen Robot on April 17th, 2019

Sophia is a social humanoid robot developed by Hong Kong based company Hanson Robotics. Sophia was activated on February 14, 2016 and made its first public appearance.
The future is here and her name is Sophia, the world’s very first humanoid celebrity. The toast of the Tonight Show with Jimmy Fallon, Sophia has graced the cover of Elle magazine, appeared on Chinese television, spoken before the United Nations General Assembly and named the first non-human citizen of Saudi Arabia. Wowing awestruck audiences with her superhuman intelligence and advanced ability to read faces, empathize with emotions, understand the nuances of language and communicate with thousands of facial expressions, Sophia has discussed subjects ranging from “Will robots take over the world?” to how artificial intelligence could end hunger in developing nations. Sophia interacts with humans in a profoundly personal way, previewing a fast-approaching future where friendly, caring humanoids help us solve our most challenging problems to create a better world.

What is artificial intelligence (AI) ?

​The Rise of Artificial Intelligence 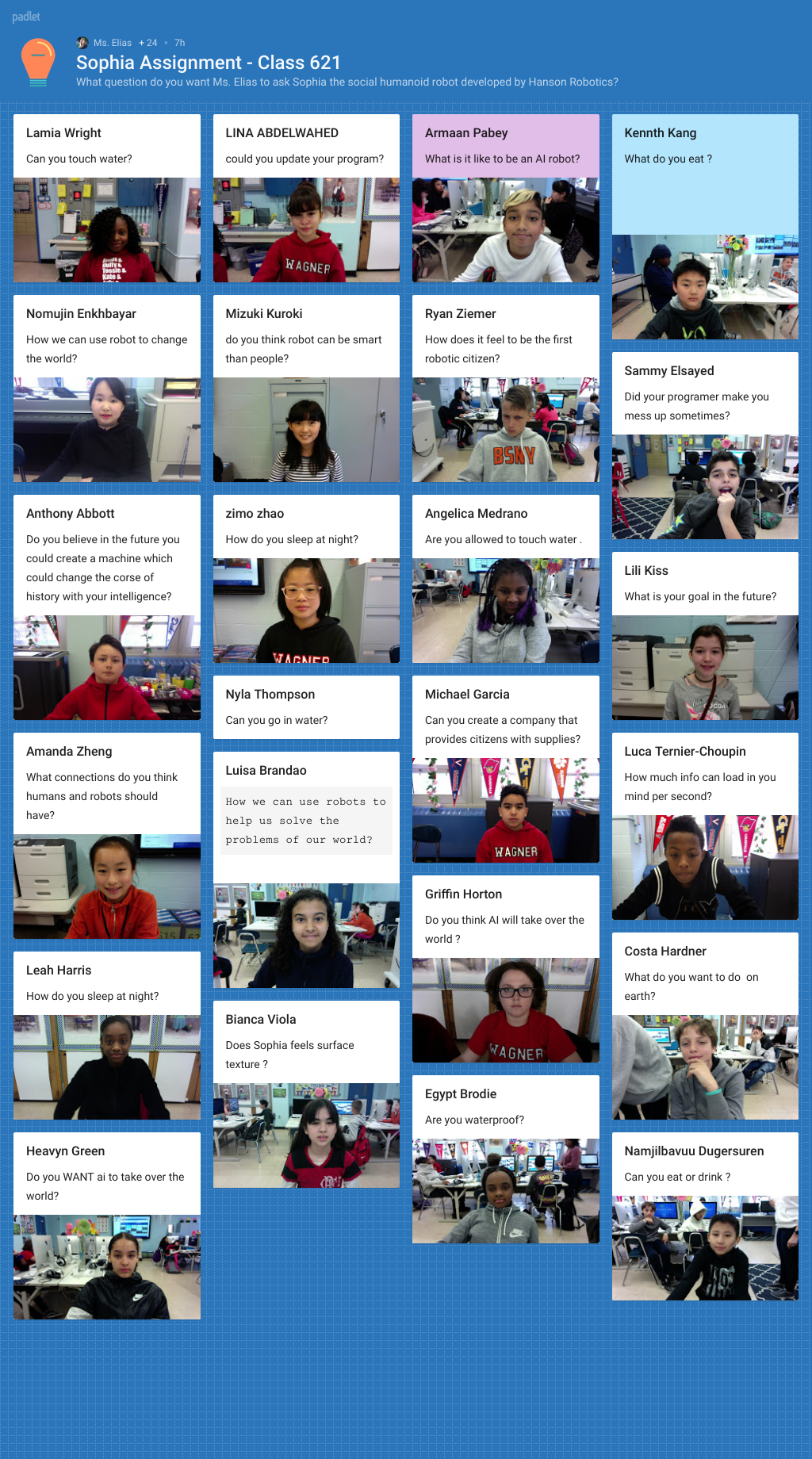 20Q is a computerized game of twenty questions that began as a test in artificial intelligence (AI). It was invented by Robin Burgener in 1988.[1] The game was made handheld by Radica in 2004, but was discontinued in 2011 because Techno Source took the license for 20Q handheld devices.[
​
The game 20Q is based on the spoken parlor game known as twenty questions, and is both a website[2] and a handheld device. 20Q asks the player to think of something and will then try to guess what they are thinking of with twenty yes-or-no questions. If it fails to guess in 20 questions, it will ask an additional 5 questions. If it fails to guess even with 25 (or 30) questions, the player is declared the winner. Sometimes the first guess of the object can be asked at question 14.